The natural world has been in a constant state of flux for eons. If you’ve read historic accounts of what these lands looked like at settlement, I guarantee it is entirely different now and was entirely different 100 years before that. In ancient times, almost all disturbances were natural. Lightning strikes, drought, fire, storms, floods, earthquakes; these all shaped not only what the land looked like, but what lived and grew there. Make no mistake, there were ecological winners and losers after these events. Winners generally have a good amount of resistance and resilience. They are able to cope with major disturbance without loss of integrity or function and are able to return to normal functionality after being affected by major disturbance. Resistance and resilience are two attributes that we desperately want our most cherished natural places and landscapes to possess.

Humans have greatly altered the natural occurrences of disturbances. The development of roads, houses, subdivisions and cities has created barriers to historic disturbances that helped create ecological winners and losers. People transport insects and diseases that decimate certain species of trees and plants. Fire adapted communities that used to burn naturally every 4-10 years now never get fire. We have wreaked havoc on the climate and weather patterns and now know that we will receive greater amounts of rainfall in fewer events. This means more floods and more drought. We have really seen the effects of this new weather pattern this year and it will continue into the foreseeable future.

As land managers we support disturbance and seek to recreate versions of ecological disturbance on a small but meaningful scale. For example, we can’t always burn our prairie restorations when we’d like to, but we can bush hog the fields to accomplish a less romantic, but similar result (decreased woody invasives). For species like running buffalo clover, we don’t have the bison stomping, wallowing and eating the plants and in their general area, but we can weed whack, hike and drive through patches at the right time to recreate the old wood bisons’ behavior 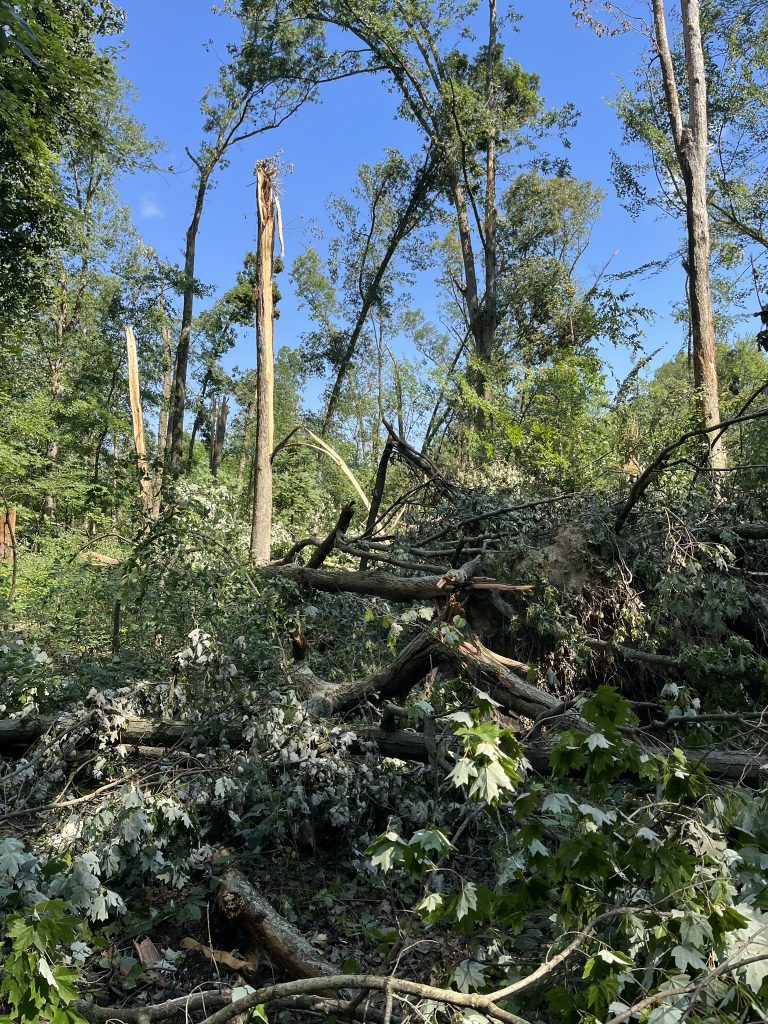 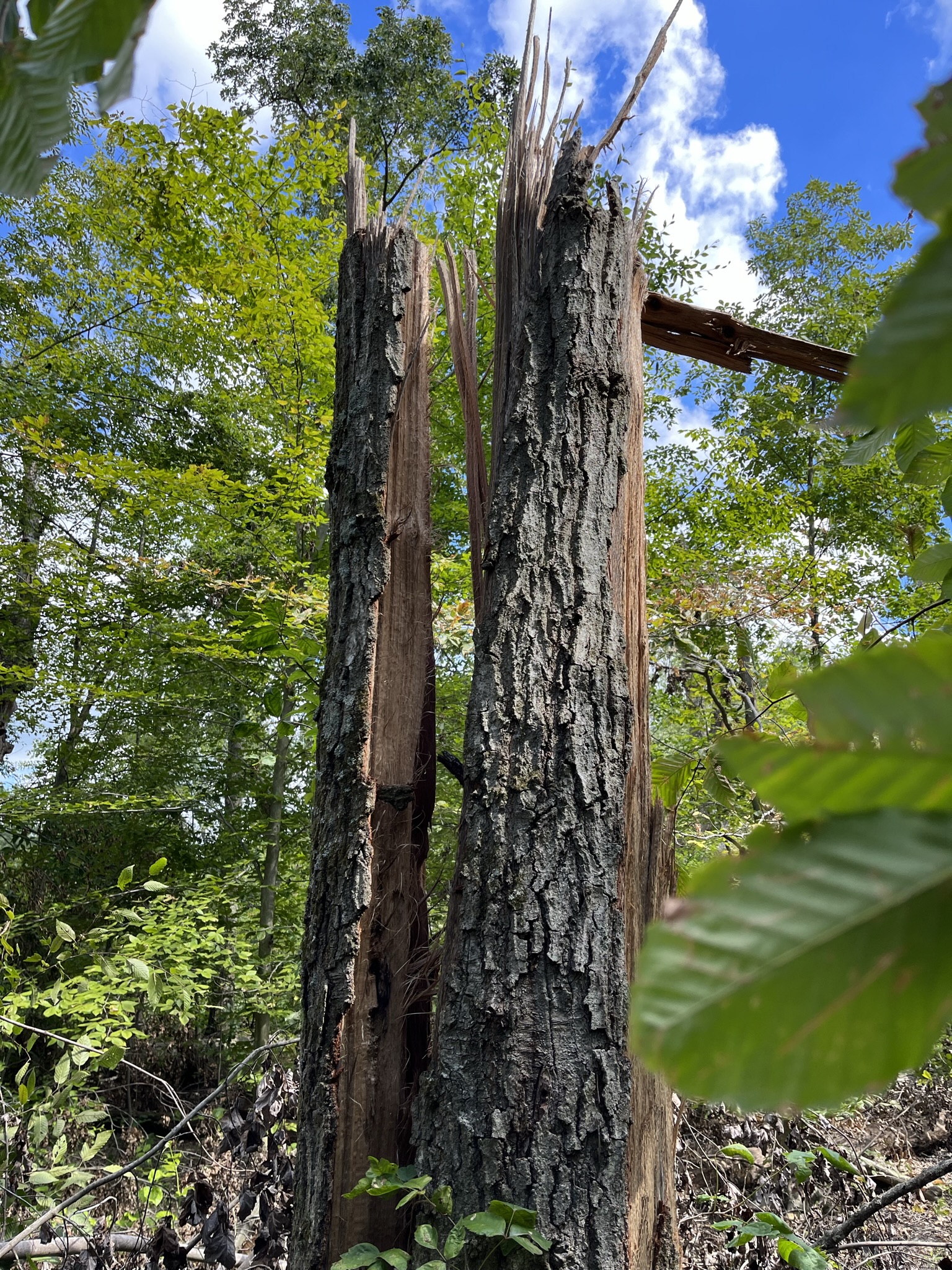 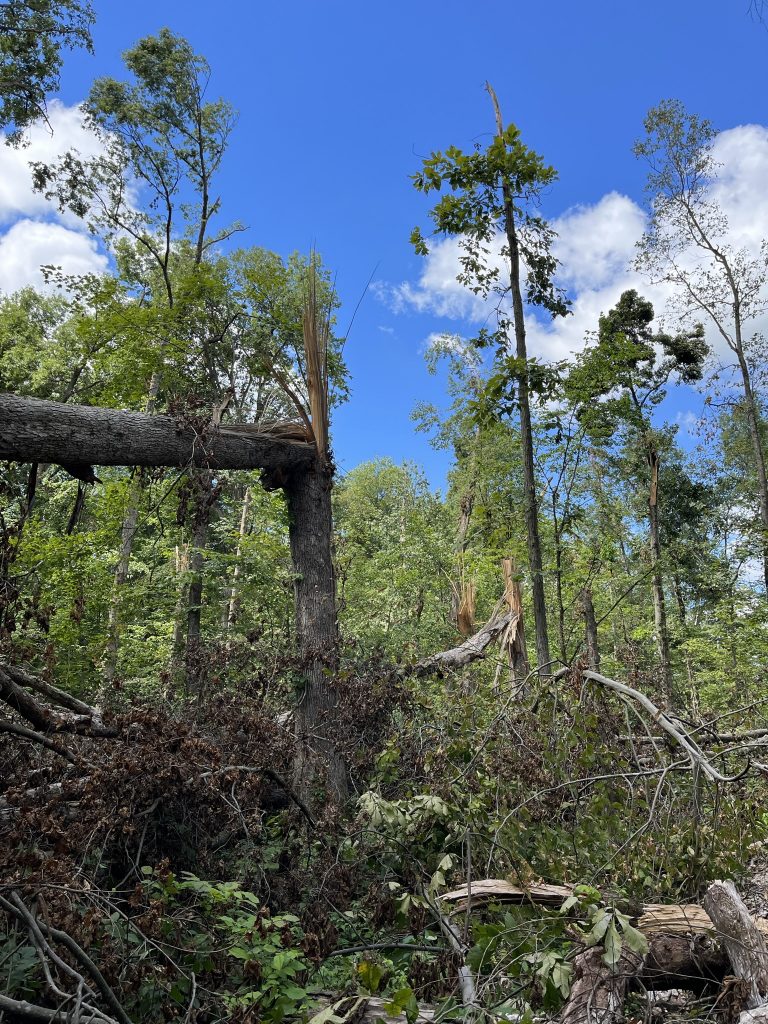 Last month, when the tornado came through northern Clermont County, it decimated peoples’ homes and livelihoods. Our thoughts go out to those, some of who I know personally, who are still trying to recover. This storm actually started to form again and dropped down right on top of one of our nature preserves, Rinsky Woods. This woods is a stunning example of a globally imperiled forest type of Beech, Swamp White Oak and Red Maple swamp. This woods in particular has never been cut and the trees are huge, beautiful and ancient. In wet woods, or swamp forests like this one, trees just fall. They grow great and big in poorly drained soils and one day, just fall over. The disturbance area that creates, while on a micro level, is very important to the overall health of the system. New light reaches the forest floor and allows for seedlings to grow that have been waiting for the right ecological opportunity. While some may mourn the loss of 2 acres of old growth forest, others of us are rejoicing at the opportunity for the overall system to respond with new beeches, oaks and maples. We also saw quite a response from the wildflower community. For example, my most favorite color in nature is on my favorite wildflower, cardinal flower. They are popping up in places on the preserve now in greater numbers after the disturbance than we’ve ever seen. 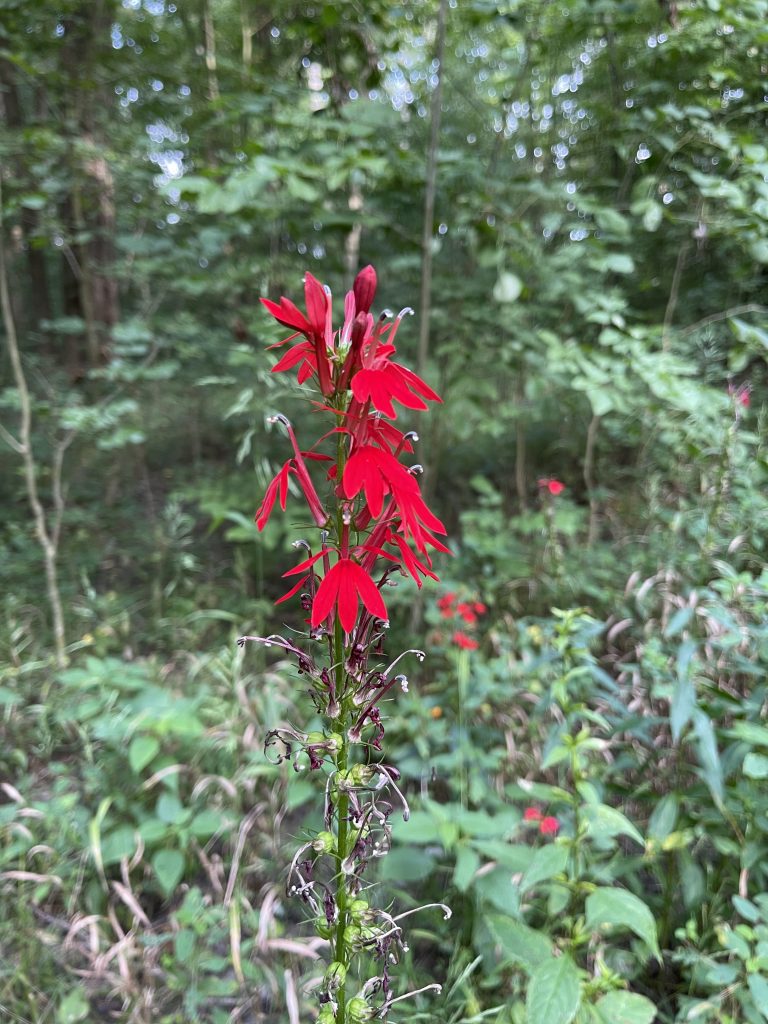 As we strive to protect the last great places in southwest Ohio, we are scouring the landscape using the best science to find those systems, communities and species that are resistant to major disturbance and resilient in their ability to return to function normally afterwards. Our Rinsky Woods has this ability. Our community has this ability. 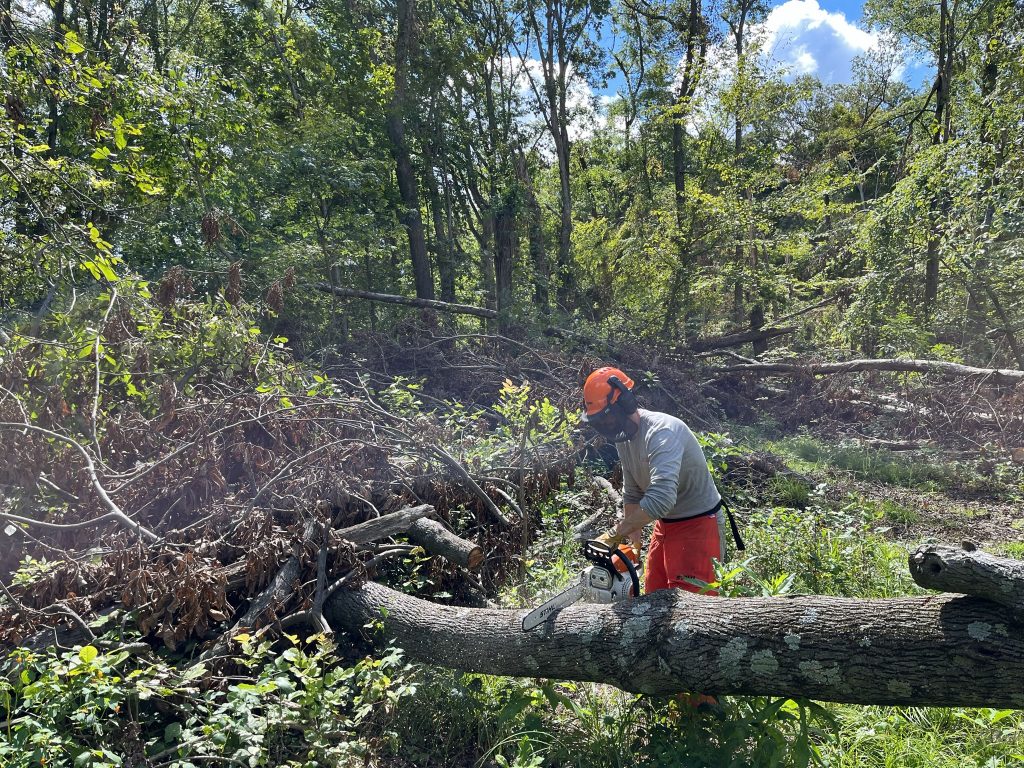 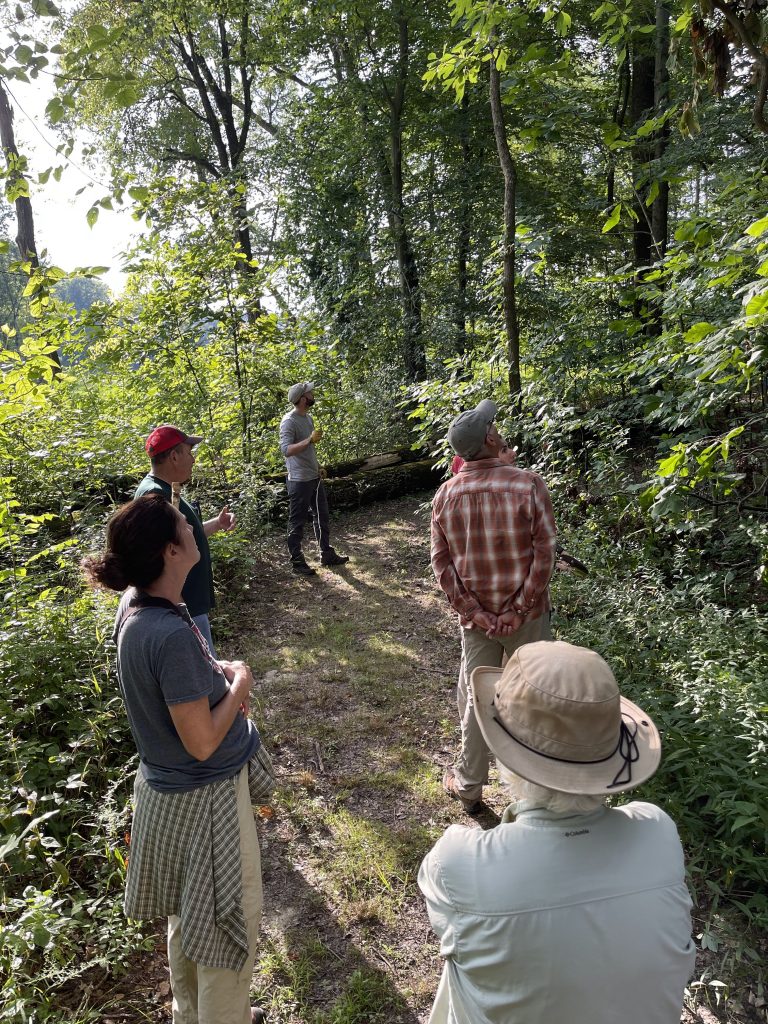 Let’s take a lesson from nature and get back to normal after we’re disturbed. It’s natural.